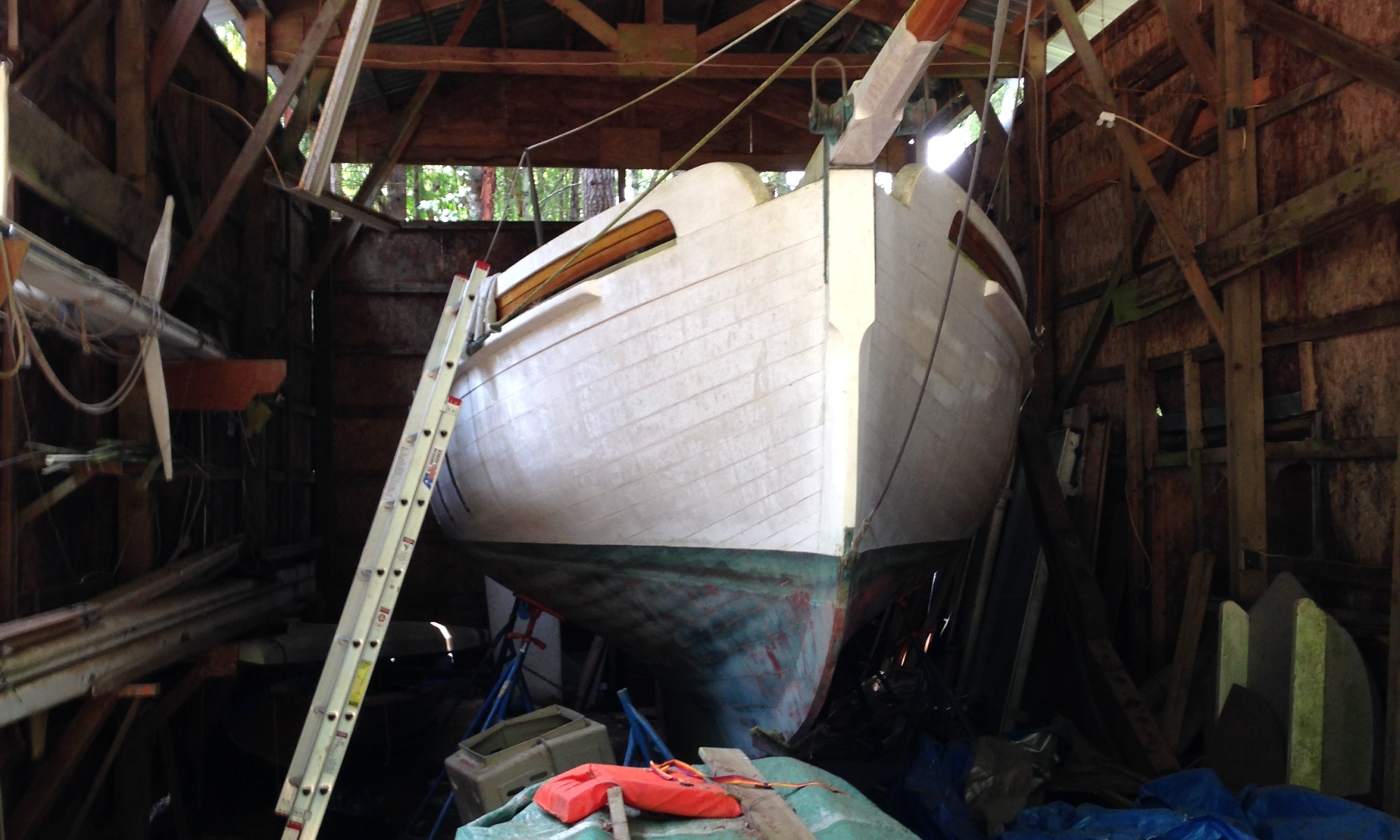 Kirin was built in 1990, the year I was born, though I’d like to think she shows her 24 years more than I do! She is of carvel construction; Douglas Fir planks on copper riveted double-sawn White Oak frames. She is a true Pacific Northwest boat having been planked with Doug Fir that was grown only a few miles from where she was built, in Shelton, WA.

Someone wise once said, “you’re never really the owner of a wood boat,” so I won’t use that word. I’m Kirin’s second “keeper.”

My friends, Rick and Barb, were Kirin’s first “keepers.” They lived aboard in Olympia for 11 years, cruising around the Puget sound and as far north as the Canadian gulf islands. When Rick and Barb moved ashore they had Kirin hauled out and stored in a three sided tin shed about 50 feet from where her keel was laid. Boats have souls, especially wooden sailboats. Kirin sat languishing in the shed for almost 7 years growing moss, gathering pine needles, and dodging falling trees. Boats aren’t made to sit on land; when I first laid eyes on Kirin, I knew I had to liberate her from the cold hard ground and return her to the sea!